I have to be honest – I’ve never watched “Sons of Anarchy.” Just not my kind of show. No judgment there, just a fact. Too violent for me. But I am now a fan of Theo Rossi, who played Juice Ortiz on the show for several seasons.

Recently he was on “Live with Kelly and Michael” speaking about the series finale. And he explained how he was originally cast on the show. 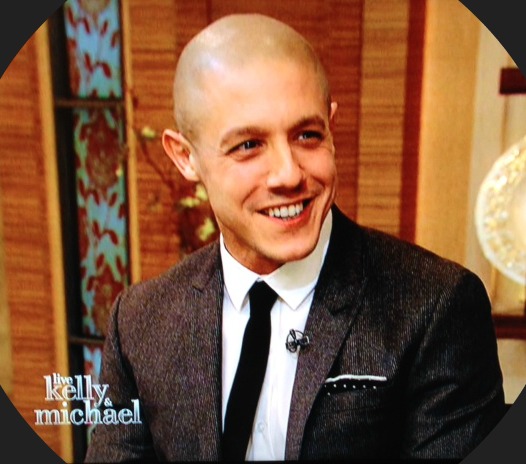 Rossi told the hosts how he had appeared on “Grey’s Anatomy” during sweeps week and then had the opportunity to audition for several shows. “The greatest casting director in the world sent me the script for ‘Sons’ and I went in to read for the part of Jax,” Rossi said. “Hmmm…that wasn’t happening,” Rossi added. “I went in and read for five more characters and didn’t get any of the roles. Well, I thought, this was gonna be great, and it just didn’t work.”

What happened next is a great lesson in believing in yourself and trusting your gut.

‘Sons’ creator Kurt Sutter called Rossi and said, “Listen, I want you on the show. I don’t know whether you will have one line or 100 or if you’ll be in one episode or 100. If you take the leap, I”ll do my best.” Rossi’s reply, “Alright!”

He joked (maybe it is true) that his managers and agents dropped him because they thought he was an idiot to take on something without knowing what was going to happen. He told them, “I think this is the greatest script I ever read. I’m a huge fan of the show.” “It was serendipity,” he revealed to Kelly and Michael.

The rest, as they say, is history.

As I watched this interview, I couldn’t help but think about the times I didn’t trust my gut. When I wasn’t healthy enough to speak up for what I believed in. Perhaps my new code word to trust myself will be juice, in honor of Rossi’s character on “Sons of Anarchy.” Thanks for the great lesson!

Are you able to trust your gut? What’s was your best lesson?

2 Responses to "What I Learned from Sons of Anarchy"